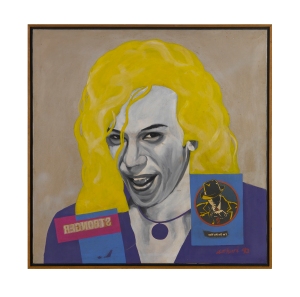 A legitimate art form, Pop Art is one of the major art movements of the twentieth century. Characterised by themes and techniques drawn from popular mass culture such as advertising and comic books, pop art is widely interpreted as either a reaction to the then-dominant ideas of abstract expressionism or an expansion upon them. Pop art, like pop music, aimed to employ images of popular as opposed to elitist culture in art, emphasizing the banal or kitschy elements of any given culture. It has also been defined by the artists use of mechanical means of reproduction or rendering techniques that downplay the expressive hand of the artist. Pop art at times targeted a broad audience and often claimed to do so. (http://en.wikipedia.org/wiki/Pop_art)